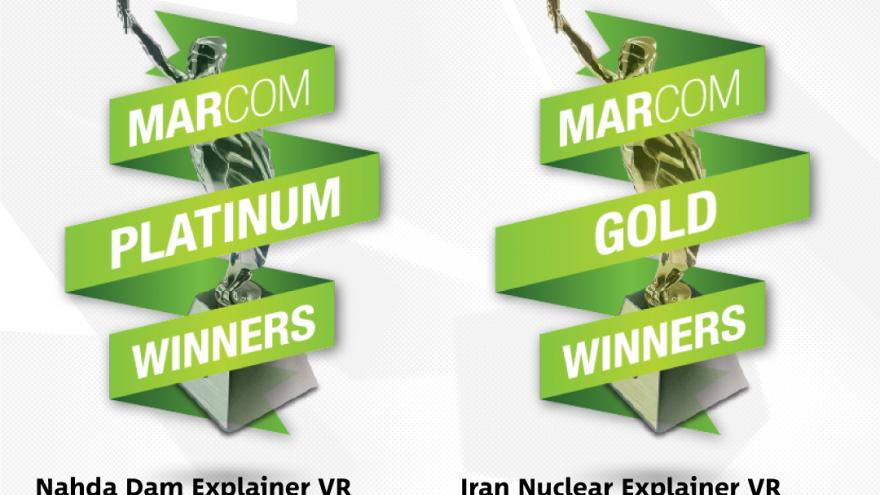 The Department of Artistic Creativity and News in Alaraby Television has won two awards, platinum, and gold from the International Marcom Awards.

Alaraby won the "Marcom Platinum" award for a news report dealing with the Al Nahda (Renaissance) Dam and narrating the process of the Ethiopian endeavors to construct a dam on the river Nile, and demonstrates in numbers the costs of its build, its space, storage capacity and the capabilities that are planned for it in Ethiopia. The report highlighted Cairo’s concerns about the impact of this dam on its water security.

The Marcom Gold Award was given to Alaraby TV for a news report on Iran's nuclear facilities. The report presents facts about Iran's uranium mines, research, and enrichment centers. The two reports employed virtual and augmented reality designs and informational display techniques.

The Director of Technology and Operations Department at Alaraby TV, Ali Al-Husseini, said that ‘’this achievement by the TV reflects the distinction that Alaraby has reached in terms of creative designs, the use of the latest design techniques and virtual reality construction’’.
The Marcom Awards is an international creative competition that recognizes outstanding achievement and has been awarded annually by the Marketing and Communications Association (AMCP) since 2004. This international organization includes thousands of professionals in marketing, communication, advertising, public relations, digital and websites.

The award, which honors the best work in the fields of marketing and communication, had more than 6,000 entries from 41 countries. The Marcom International Prize is one of the most important international specialized awards.