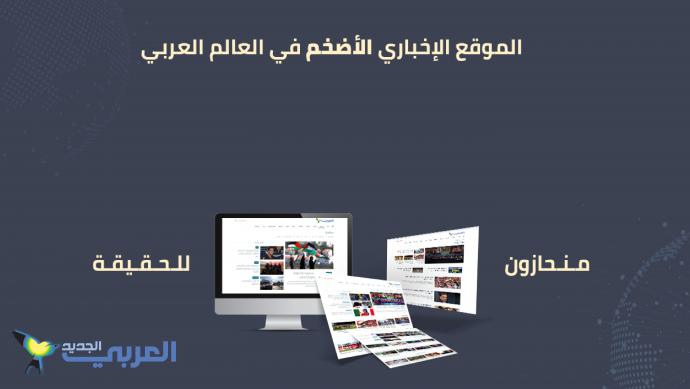 Fadaat Media's first projects, a website and a printed newspaper. Al-Araby Al-Jadeed is a comprehensive cultural news project with services in Arabic language based in the British capital, London.

Fadaat Media Group launched "Al-Araby Al-Jadeed" website in March 2014. It provides credible and accurate regional and international news coverage, relying on a large network of correspondents distributed in the capitals of Arab and western countries. "Al-Araby Al-Jadeed" seeks to enrich the Arab media scene and appraise the values of freedom, democracy, social justice, respect for human rights, the foundations of coexistence and respect for others, and the defense of just causes for the Arab nation.

Fadaat Media Group is proud of the massive success the website has achieved shortly after its launch. “Al-Araby Al-Jadeed” Alexa ranking jumped from 50,000 to 6,232 in less than six months, surpassing all Arab news websites according to the same source. The website is managed by notable international journalists, editors, designers and specialists in media and social networking.

The first print edition of the newspaper was published in September 2014, a few months after the launch of it's website in March of the same year and its extensive success. The print aims to meet the needs of the Arab reader by delivering the website's content to a wider range of  users. The newspaper provides credible coverage of the most important Arab and international news through a large network of correspondents around the world. "Al-Araby Al-Jadeed" newspaper aims to contribute to the progress of the Arab world socially and intellectually, inspired by respect for citizenship and standing by the just causes of the Arab nation.

The newspaper consists of 32 colored pages, distributed in several Arab and western countries.